Property developer Megaworld Corp. on Monday reported a double-digit climb in its bottom line in January to September, supported by leasing operations.

In a regulatory filing submitted by Megaworld VP Dominic Isberto, the company reported a 12.8-percent increase in net income to P11.66 billion in the first nine months of the year from P10.34 billion a year earlier.

“The robust outing of the company was buoyed particularly by strong rental income from office and commercial space leasing operations,” the filing read.

Consolidated revenues for the nine-month period grew by 12.6 percent to P41.76 billion from P37.10 billion. 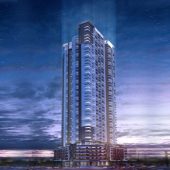