egaworld, the country’s largest developer of integrated urban townships and the biggest lessor of office spaces, grew its net income by 12% in 2016 to P11.63-billion (net of P82-million non-recurring gain) from P10.39-billion (net of P181-million non-recurring gain) the previous year. The company’s sustained double-digit growth is attributed to stronger rental revenues that soared by 15% in 2016 to an all-time high of P10.01-billion from P8.73-billion during the previous year, as well as to the company’s efficient cost management from operations.
“Megaworld achieved another milestone last year as we breached the P10-B mark for our rental revenues. We have achieved our targets across the board as we have steadily grown and expanded our core businesses. Township development remains to be a key strength of our company and we have focused on strengthening the various components of our townships on top of our residential businesses, such as offices, malls and commercial developments as well as hotels,“ says Francis Canuto, treasurer, Megaworld.
Megaworld’s consolidated revenues, excluding non-recurring gains, grew 4% year-on-year in 2016 to P46.74-billion compared to P44.81-billion in 2015.
On the other hand, the company’s successful cost management programs only led to a modest 2% growth in costs and expenses at P35.1-billion in 2016 from P34.4-billion in 2015. Prudent spending for operation expenses led to only 5% growth, a remarkable improvement from 7% year-on-year growth in 2015.
“Last year, we became successful in introducing another concept in real estate development which we call the ‘integrated lifestyle community.’ This year, we hope to add more developments under this category as we activate some of our remaining raw lands across the country that have good potential for leisure and tourism,” adds Canuto. 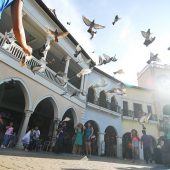